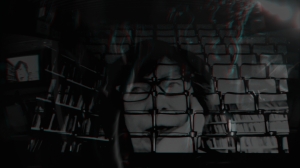 Edgar Pêra: So, Laura, do you remember what was the first film you ever saw?

E.P.: And what kind of feelings did you have, at that time?

Laura Mulvey: Well, it’s a rather strange story. I was born in 1941 and I grew up in the country, in fact more or less here where I am now. And as a result I saw no moving images until I was 6, when my family went back to London for my sister and me go to school. And my father was Canadian and had a great love of the Canadian North and the first film I ever saw was Nanook of the North, surprisingly .

Laura Mulvey: And the main thing I remember, because this is something I’ve reconstructed in the terms, as well, of the next films that I saw. The only thing I really remember is the sequence of Nanook struggling on the ice with the unseen fish where he is poured up and down all over the place. Do you remember that sequence?

E.P.: Yes, yes. Actually my experience is almost the opposite, because my first film was Mary Poppins. Mixing animation with photorealist images… and the magic word, superclaifragilisticoespialidoso.., Well, it’s another kind of magic.

Laura Mulvey: Yes, but i think Nanook’s seemed pretty magical to me at the time. It was completely extraordinary and magical. And it was optimized by that sequence where you can’t see the origins of his movements. Which seems almost like animation, as there he was being animated by some unseen force but then the next film I saw, or very soon after, was The Red Shoes and there I was very impressed again with a particular sequence… which is in the valley sequence when there’s a newspaper that floats across the stage and turns into the cut out of a man which then becomes a dancer. And anyway, once again it’s something strange and fantastical happening on the screen.What was the second film you saw?

E.P.: I don’t have a clue. I remember only films afterwards when I was thirteen, just after the Carnation Revolution, and I would see two films every night, and I saw Roma of Fellini and Belle de jour by Buñuel. These two films changed completely my way of seeing cinema. What other films did you watch when you were a children?

Laura Mulvey: Very soon of after I saw Jean Renoir’s The River. I mean these weren’t films made for children but were films fascinating for children. Any little girl when did ballet would see The Red Shoes and The River being about young girls and India. I mean, they weren’t children films but were films that could affect you very deeply as a child.

E.P.: Yes, actually when you wrote that Lumière can be seen as so marvelous as Méliès. The same feeling of marvelous… So that kind of films had the same effect on you, in a way.

E.P.: But they were films about reality. Not fantasy.

Laura Mulvey: Yes, but there was always in both The River and, not sure about Nanook but certainly in The Red Shoes and… In The River there’s always a sense of imagination, in The River there’s a sense of a child’s imagination, a child’s fantasy, the little boy who tries to tempt the cobra out of his home in the tree trunk and then he’s finally bitten by him. And also of the main character, Harriet’s fascination with the soldier who comes home from the war. And then in The Red Shoes fantasy and reality are very mixed.

E.P.: Yes yes, you’re right. So, your contact with at least…it’s very different from a child that grows up with Walt Disney movies. The River is almost the opposite of it.

E.P.: Do you remember if you had amazement but also fear?

Laura Mulvey: Yes, my sister and I…It was very difficult to take my sister and me to the cinema because we were often very scared. I can’t quite remember what we went to… It always annoyed my mother that we would go out of the cinema crying. In America and Paris… we loved musicals, we felt safe with musicals. Oh, I think it was a film, that was actually a children’s film, called The Yearning about an horse, which seemed to have implications of violence and I think we refused to watch that. And then once there was some other movie…Oh yes, we did watch, even though it was quite disturbing, we watched the swedish film The Great Adventure which is about two children that were adopted. Anyway, we weren’t good at fear.

E.P.: You know, my work is called “O Espectador Espantado”, which means basically the Amazed Spectator, but in portuguese Espanto has two origins and two meanings: it comes from the greek word Thauma – Amazement – the basis of philosophy, and it also comes from the latin word expaventare means “to scare”. And I’ve have been with lots of trouble to translate it to english because there’s this double meaning which interests me a lot. You wrote that the belief in the phantasmagoria, for instance, precedes the amazement of the spectator when he realizes there’s some kind of mechanism, or trick involved in it. First there’s fear and belief then amazement. Like in the Lumière session, when they saw the train coming in the direction of the screen: some of them were very afraid. First there was some kind of belief and then they realized that it was only a movie. It’s this amazement that you can see in some avant-garde films where the mechanism and the form itself was more important than what’s it about.

Laura Mulvey: Yes, I think that’s absolutely true and there’s also the oscillation between marveling and understanding. And it always seems to be that the human mind enjoys being deceived, enjoys deception. It enjoys realizing things being deceived and giving into that deception.

E.P.: So it’s going back and forth between belief and amazement.

Laura Mulvey: Yes. Also, as Christian Metz points out, it’s also the fetishism of knowing that you’re believing in something which is not believable, but in the same time, believing in it.

E.P.: That wouldn’t be the basis of religions also? 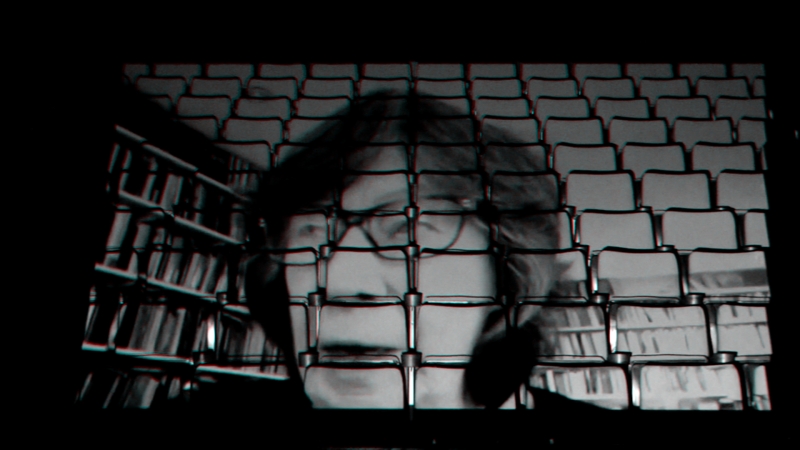 Laura Mulvey: Making lists or crossing off lists, or all those kinds of things, or competing with friends when you’ve seen a particularly rare Nick Ray or Sam Fuller which they haven’t seen or they haven’t spotted that it was on a small cinema for one day only. I think it’s a very cultish activity. I mean, once again we could say that it’s a mixture of the two things, it’s of course, about Cinema but also collecting obsessively, even fetishistic…

Laura Mulvey: That’s a very interesting question because to a certain extend it depends on… I mean, in Hitchcock there’s a level of engagement with the story and the characters, but I don’t think that the spectator ever believes that someone is actually going to be killed…It’s more Bretchian in a sense than…you can use this word improperly…. Well, to see Rosselini’s Roma is to feel that you’re seeing events that not only happened but happened very recently to the people who in acting remembering and so on. And so it is that fear of reality that touches you, even if the scene itself doesn’t touch you with its reality, it’s the way the closeness between the film and the events that touch you with a sense of the shadow of death, the shadow of horror. 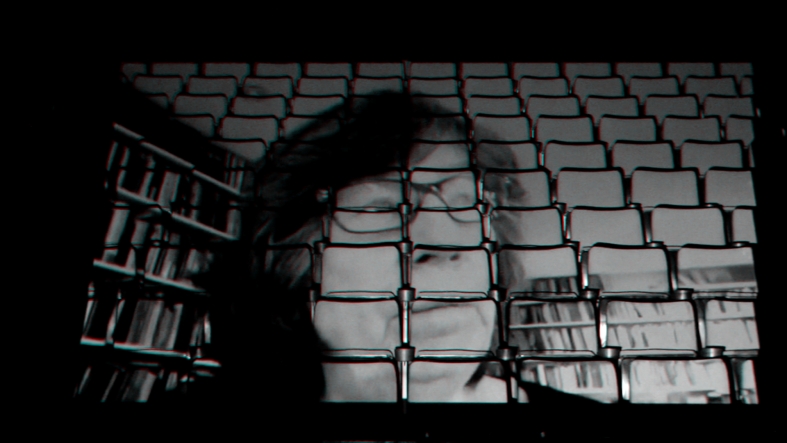 E.P.: Ok, so… Well, I don’t think I ever had fear in seeing a Godard’s movie. I thought about that from time to time, trying to remember and I think it’s…I don’t know why but it puzzles me, in a way, because the Godard films are more Bretchian than Hitchcock’s, you always know you’re a spectator. When you see a Godard’s movie you realize that you’re seeing the movie and it makes you think about it. Do you think you ever felt fear…well fear in the sense that you’re worried about the fate of the characters in Godard’s films?

Laura Mulvey: No, because death generally is very ritualistic in Godard’s. If we think of early Godard’s like À Bout de Souffle: Michelle’s death is very ritualistic. And also in Vivre Sa Vie: Nana’s death on the street. Both those deaths on the street seemed very ritualistic, and very involved with the end of the film itself. Also Pierre Le Fou dramatizes ritualistic. I think I was more disturbed perhaps by Le Petit Soldat and the scenes of, again, kind of evoking torture in Algeria.

E.P.:Yeah, I think for me it was The Carabiniers.

Laura Mulvey: Oh, The Carabiniers. With the death of the young partizan. 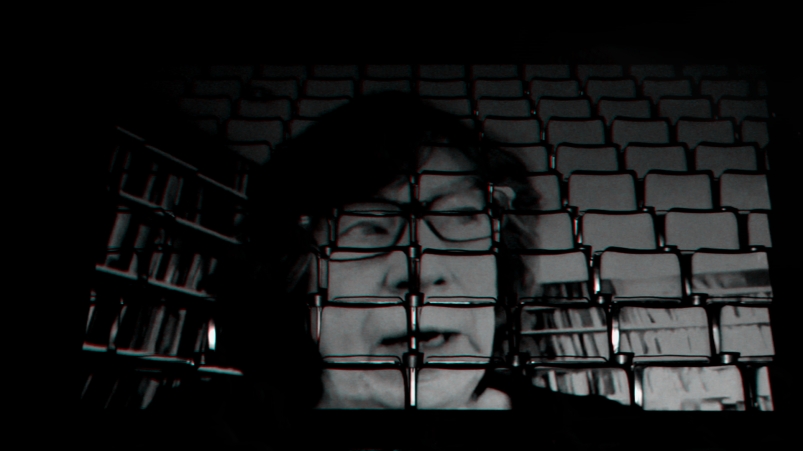 E.P.:Well, I’ve saw all those Gordard’s films as a teenager… Did you feel that when you grew up, you had some kind of intellectual amazement…

Laura Mulvey: When I was growing up and going to the cinema…so when I started going to the cinema by myself…when I was a teenager and going to a particular art cinema in London in Oxford street, I was very Francophile, I loved… I was…I thought France was very glamorous…the French was wonderful and French cinema was fantastic and French pop songs and so on and so on…And…but what struck me was going…I was completely amazed by seeing Bresson Pickpocket, and amazed by seeing Un condamné à mort s’est échappé which weren’t…they weren’t the kind of films that I was used to see but completely fascinated me, and then there was some movie or other I can’t remember… it must have been a popular French movie that I wanted to see again at the same cinema and so I just went in and bought my ticket and I didn’t look, I didn’t check what was on… and it turned out that, instead of what I was waiting to come off, actually I was seeing Ingmar Bergman’s The Seventh Seal. So that was a shock in all kinds of ways and that was really frightening and strange…and alienating but very fascinating as well. So then I became more than a Bergman fan, but nothing, I think, will ever quite approximate seeing The Seventh Seal by accident…I was probably 16 or 17.

E.P.: Now it only happens in TV where you just zap and watch a film you don’t know what it is.

Laura Mulvey: Yeah, but I could tell you it’s more effective when it happens to you when you’re…

E.P.: in the cinema theatre…